The wind blew Nea’s purple curls across her wet cheeks as the overcast night sky loomed above. Nea was not usually one for normal social gatherings but this was far from normal. She sat on the cold cobblestone sidewalk, her kin peppered around her. Some Kaldorei had been living in Stormwind for quite some time and had adapted themselves to a more human schedule of sleeping at night, but it seemed even those who had the ability to do so weren’t sleeping right now.. 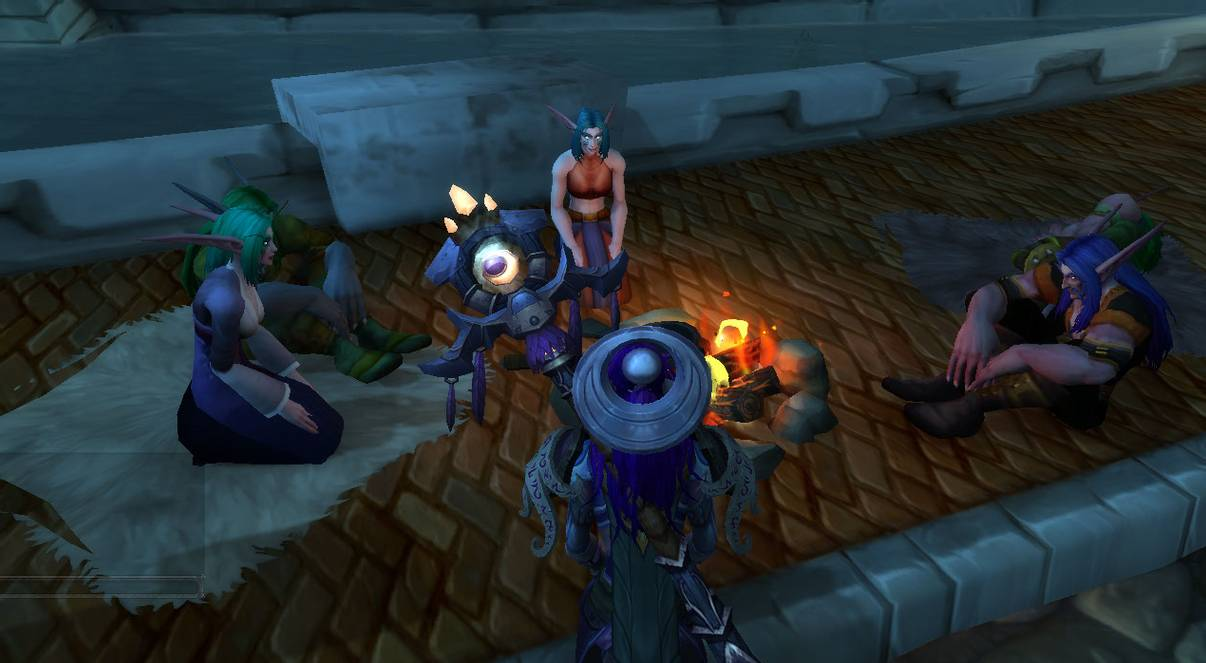 Nea looked up. The luminescent eyes of those around her were dimmed with tears as well. Some tried getting rest, while others murmured prayers to Elune in hope of comfort. Nea looked down at the small bonfire before her, its flames dancing with wild abandon. While it was doing its job to keep them warm, it was giving her no comfort. She could hear them.

She could hear the screams.

The pleas. The cries.

Most Kaldorei keep their children hidden away in their glens and meadows and homes, until they become of age, and Teldressil had been a home to so many of these young souls. She hadn’t even been there but she swore she could hear it all. She hoped she was imagining it worse than it had happened, but her mind kept going back to the stories she was hearing and the dreadful injuries she witnessed.

The burns and the scars.

Everything hurt and she felt numb. She and her people had lost those closest to them in the most horrific ways imaginable… and there was no getting them back.